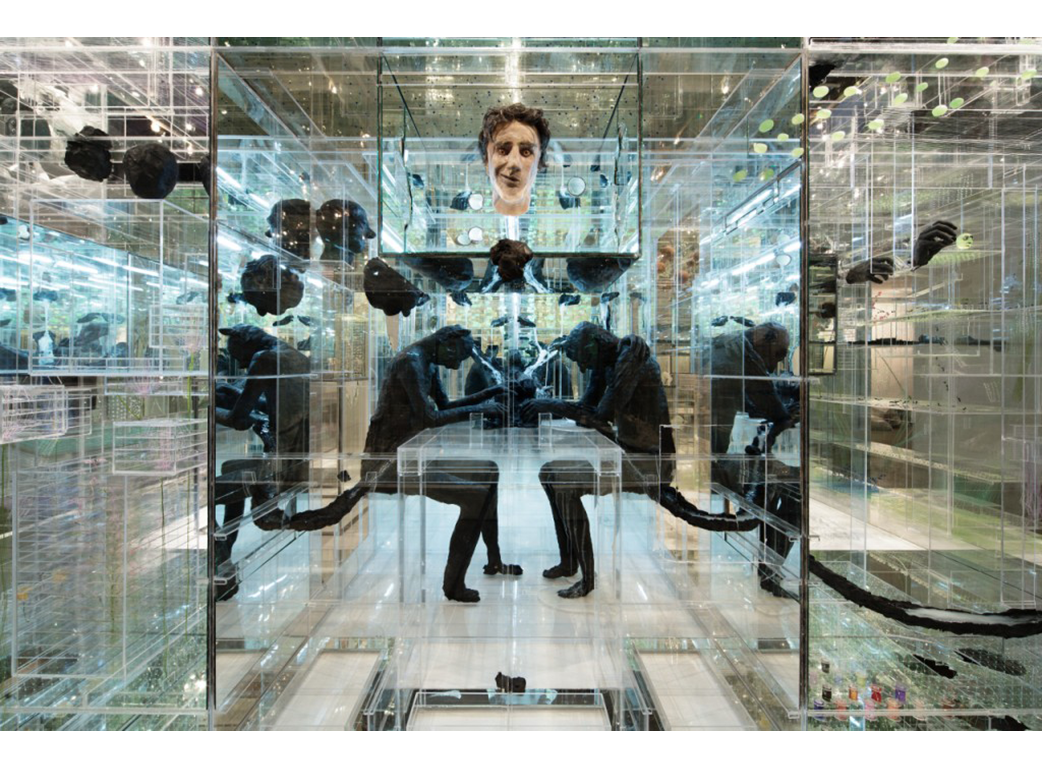 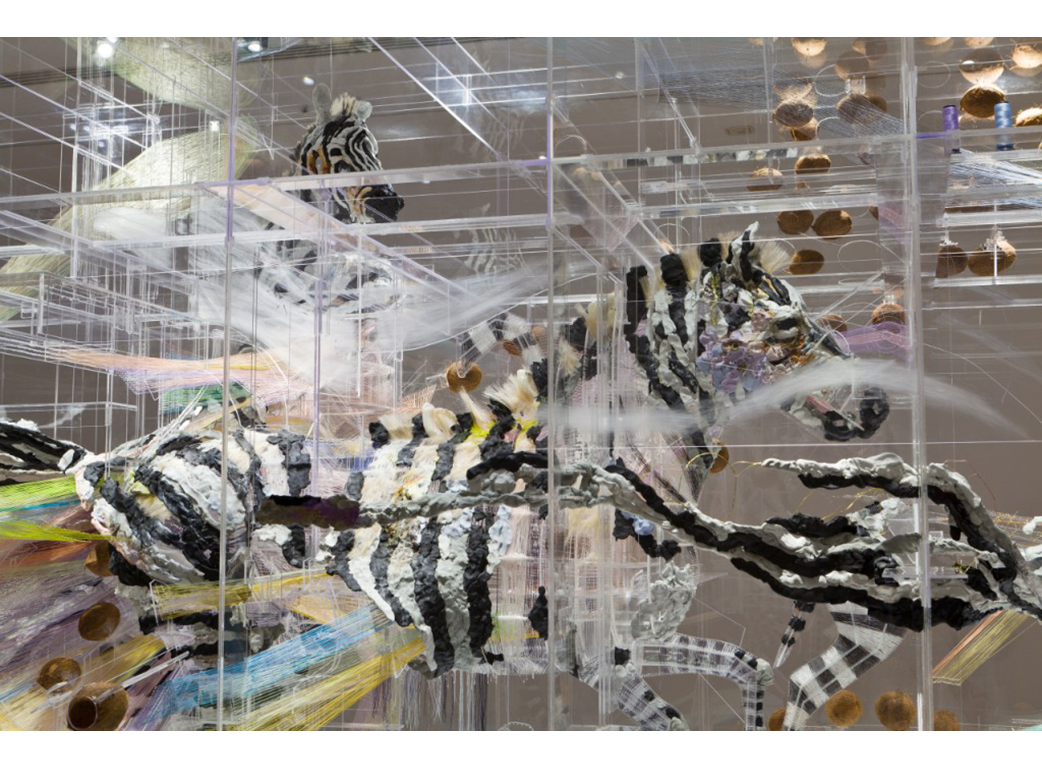 A greatly contemporary artist internationally acclaimed with a creative trajectory, which bursts energy, imagination and surprise.

His objects and mind-blowing installations have the ability to mesmerize as well as unnerve one.

An awry spectacle encompassing heads, architectural, werewolves/mirrors, giants, plaster figures, Plexi-boxes with chain and thread, and so on.

Illusive games where the spectator’s perception of space, matter and gravity are questioned and “invited” to participate.

If you could choose one narrative to describe the essence of your work, which would it be?

4.    Which is your relationship with the post-human and the artistic production of the 80's and 90’s?

5.    In your sculptures, crystals grow inside the inanimate human and wolves bodies.

Is this a reflection of a symbiosis or a victory of the vegetal and mineral over the animal world?

6.    What is the New for you? Is it - as you once said, when explaining the sculpture head of your sister (Sarah Altmejd 2003) - the idea of pushing an object in a new direction; exploring something but taking the opposite direction in its representation?

7.    You have created a series of exceptional and imaginative giant body sculptures, utilizing a mixture of different materials (such as plaster, fur, sand, coconuts), defined by arms spreading like branches. Have you as a Canadian, in some way been inspired by the anthropomorphic trees inhabiting your home country's forests?

8.    A second central theme in your sculpture production is the werewolves, a transition as well as a union between the human and the animal reign. Are these metamorphic pieces in some way related to the culture and symbology of the First Nations (the native population of your home Country)?

9.    Do relics and remains fascinate you?

10.    You have stated that your aim is to create objects that exist intensely in the world.

With your last installation The Flux and the Puddle (2014), presented at MAC (Musée d’Art Contemporain) of Montreal, a monumental installation that combines all the elements and materials with which you have been working in the last years, how far are you presently from reaching your goal?