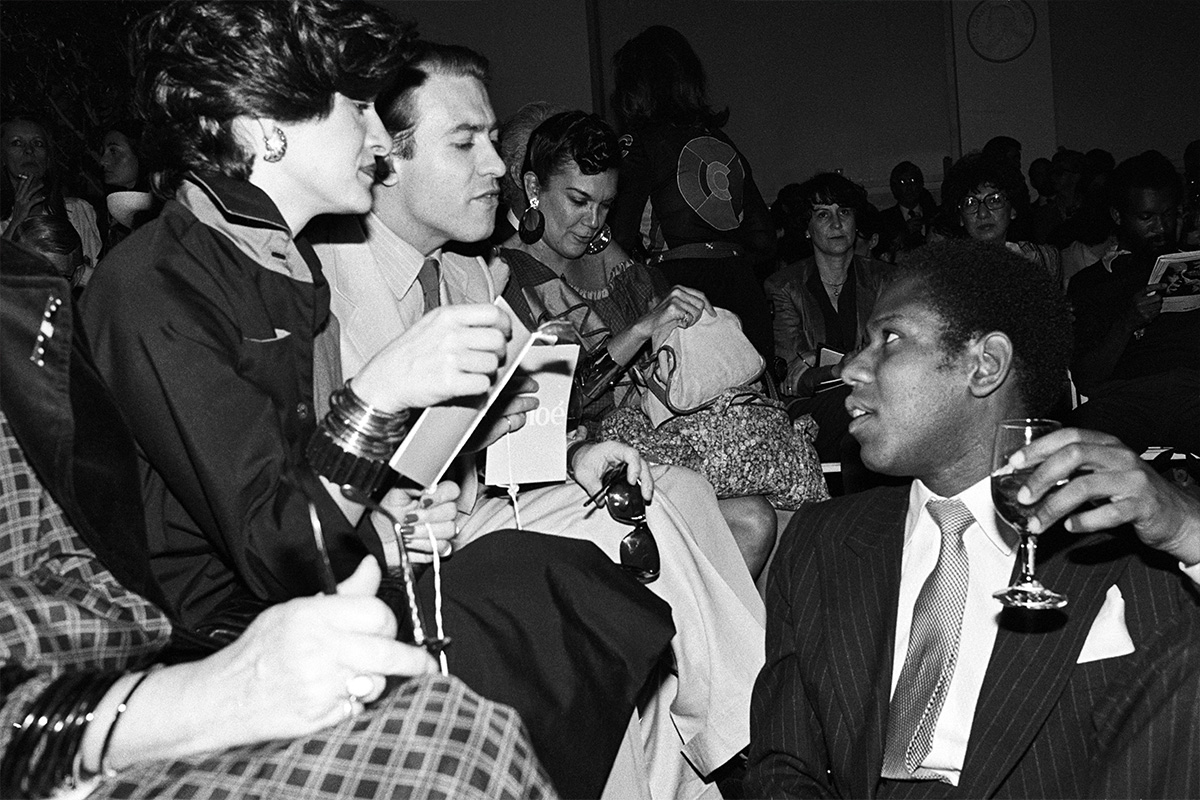 
"THE GOSPEL ACCORDING TO ANDRÉ"

André Leon Talley: A two meters tall man in America from the American South and a prominent figure in American cultural history. One of the very first African American men to have a position of visible importance within the fashion industry.

André Leon Talley: A legend in mainstream culture who lives for beauty and style, and has the know-how to recognize, embrace, and uplift both, whether it regards the style of a garment, the beauty of a flower or the beauty in a gesture.

André Leon Talley: The Man of Grace; grace is an important word in his life and a tenet he tries to express to others. That sense of grace in style, the grace in great manners, the grace of politeness, and the grace of kindness.

André Leon Talley: An exemplar of what true love is; his love for fashion is pure and everlasting, dating back to when he was a boy.

André Leon Talley: A persona who has presented himself to the world in the company of a second skin - an armor of capes, kaftans, gold, red and jewelry.

André Leon Talley: An individual with an unusual perception, and heightened self-awareness; a man who is not all “about the sequins and the embroidery and the glitz, but also a very fine cashmere pure, cashmere heart…”

André Leon Talley: A man who never fell in love, only because his career ambition has been always in the driver’s seat and was so all-consuming that there was no time left for love affairs.

Directed and produced by Emmy-nominated Kate Novack, and longtime producing partner and husband, Emmy-nominated director and producer of “Page One: Inside The New YorkTimes” Andrew Rossi, “The Gospel According To André” sets itself apart from other fashion documentaries. A cinematic masterpiece, and an indispensable addition to the oeuvre of fashion documentary, unveiling the pieces that compose a grandiose personal jigsaw puzzle, the André Leon Talley’s Jigsaw “portrait.” Presented at the Toronto Film Festival, and at 080 Barcelona Fashion, in “The Gospel According To André”, Novack threads the narratives of archival footage and tells the story of a man that spans many different eras. With curiosity, affection, elegance and a thoroughgoing attitude, Novack tries to penetrate Talley’s public persona, aiming to reveal what lies beneath it. What’s the unvisited flip side of this expansive, passionate, and volcanic personality? Novack, hand in hand with André embark on an emotional journey with a mutual vision: To move from the superficial to a more soulful expression of who he is.

André sheds off the public mask and takes a leap of faith. He opens his heart, his soul, his life, his home, his history and all his close friends, and lets the viewer into some parts of his inner realm that have so far remained carefully protected. André takes a pause from his flamboyant armor and tunes into his vulnerable, private and shy self. André remembers; he reconnects to his childhood when being raised (after his parents' divorce) in Durham, North Carolina by his beloved grandmother, Bennie Davis - a housekeeper and the most important woman in his life. He comments how the two of them resembled Truman Capote’s short story “Christmas Memory”; he recalls the Black Church of his youth, where he meticulously observed the first shows of the black ladies who went to Mass on Sunday, wearing their best clothes, always clean and perfectly ironed. He revives the Durham hat store in which black women had to put on veils before they were allowed to try on hats. He brings to mind walking through the woods to the baptismal pool. He talks about being a student at Brown University in New York. He revisits the Vogues which he’s been browsing enthusiastically since he was a 12-year-old boy. He remembers his time as a debutante.

André remembers... He remembers his great mentors - Mrs. Vreeland ( at the Metropolitan Museum) and Mr. Fairchild. From the former, he learned the luxury of cloths and he owes the first job he landed as a handyman secretary to the editorial staff of Interview magazine founded by Andy Warhol. From the latter, he learned how to look and quickly analyze clothes the way an art critic would examine paintings. Talley remembers the steps towards his celebrated personal and professional trajectory. He remembers the hard work; he summons into mind his iconic, barrier-breaking work at publications like Women’s Wear Daily, W, and Vogue- a re-see fashion history with him front and center.

André remembers; he remembers the racism he’s had to internalize over the years, mentioning being mocked as “Queen Kong” by an employee of Saint Laurent’s, as well as being accused of sleeping his way through Paris to climb the ladder to success as a black man.

In “The Gospel According To André", the viewer also joins Mr. Talley during the crucial moments of the Election Day. We, in a way, co-experience André’s processing, his thoughts, and emotions during a shifting time in American History that parallels his personal story. From growing up in the Jim Crow South to his boom in the fashion world, to experiencing the first African American President, to then becoming a witness of two world views crashing against each other, reaching the most unexpected climax with the 45th elected President of the United States, Donald Trump.

For the last five years, sixty-eight-year-old Leon Talley stepped aside from his beloved Vogue America and abstained from the prominent fashion shows. He preserves his passion by looking for beauty in the intimate angles of the everyday life:

“The Gospel According To André” is a life’s film strip on exhibition. Rewind, Stop, Play, Stop, Fast-forward, stop, rewind, play, stop… A story fluctuating between the two poles of Mr. Talley's existence: From his humble childhood to his flashy adulthood; from being the poor Southern boy to  being the African Prince - the young, exotic, elegant stylist and cub journalist. From face to face with the couture in Paris and New York to be a scene-stealing figure during the Golden Era of Fashion.

André Leon Talley: The owner of a living repertoire defined by Precious Memories. His notable career allowed him to say: “I showed you, I showed you that my dream did come true, I showed you I can be what I said I want to be…”