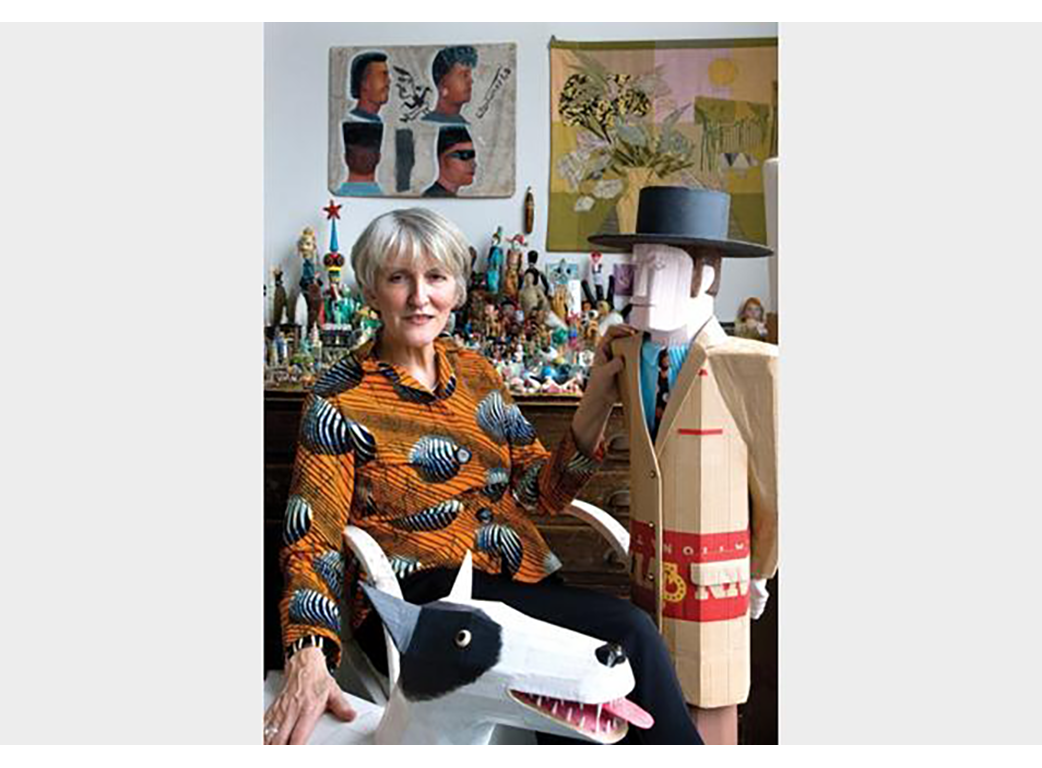 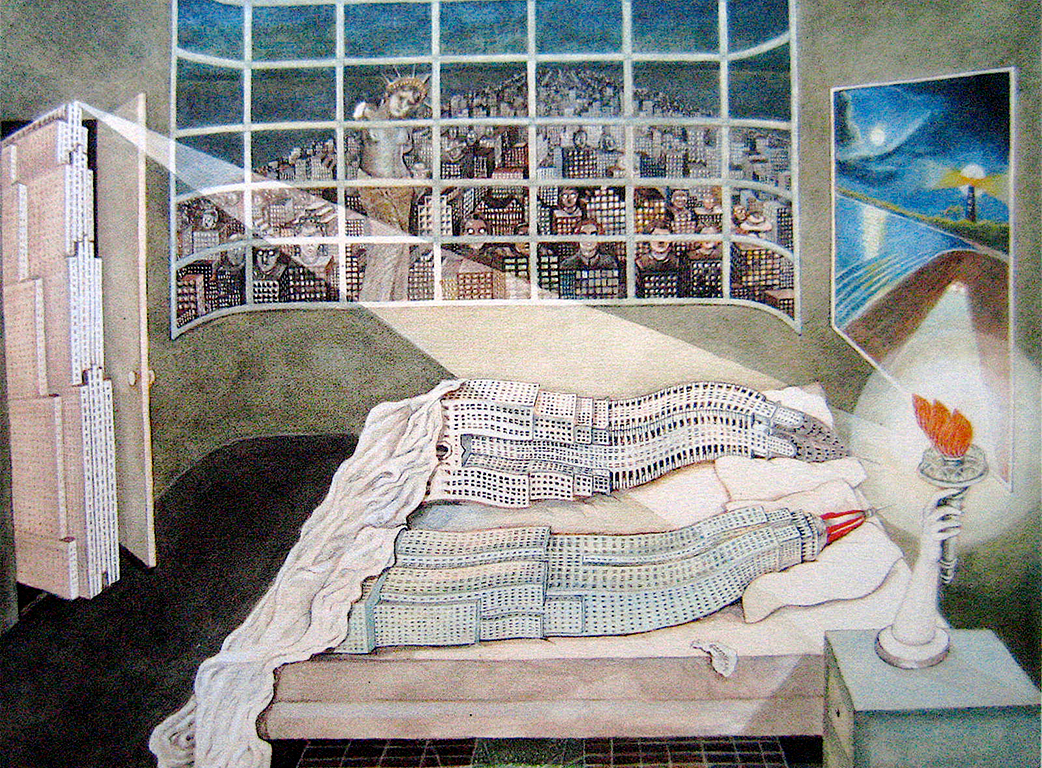 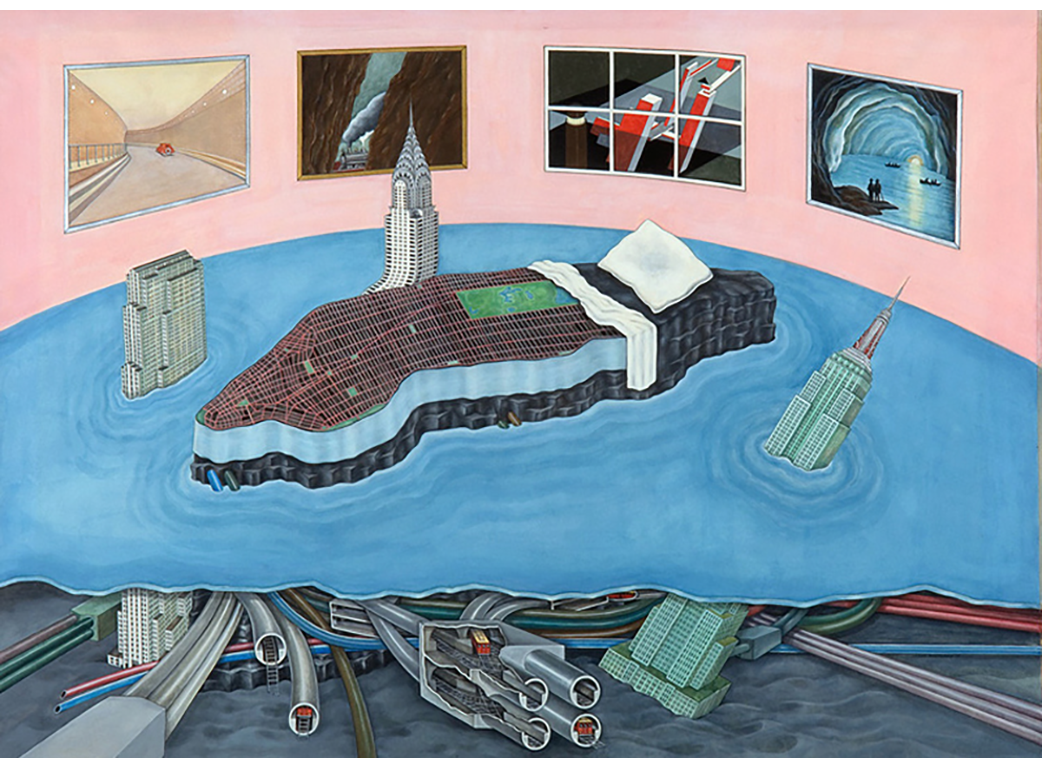 Dutch born Madelon Vriesendorp is a visual artist, lecturer at the Architectural Association in London, as well as a co-founder of OMA - Office for Metropolitan Architecture - together with her husband Rem Koolhaas, Zoe and Elia Zenghelis.

In her work Flagrant Délit, Vriesendorp, demonstrates in a surrealistic form of expression the possibilities provided by architecture; a series of surrealist paintings made in 1975 while living in New York with Rem Koolhaas.

Iconic and one of kind images, where the personification of objects, buildings and people have the pride of place.

Paintings filled with anthropomorphic architectures and infused with surrealism and unprecedented imagination.

The most emblematic one in the series is “Flagrant Delit“(Flagrant Crime, 1975), a portrayal of two skyscrapers Empire State and Chrysler Buildings lying in bed as lovers who are at the peak point of blissfulness when caught in action by the Rockefeller Building.

In Après L’Amour, 1975, the Chrysler Building lays with the Empire State Building, after their making love “sessions” along with a deflated condom on the scene. Vriesendorp’s obsession with tacky geometric paintings makes as appearance on the wall. A crowd of animate skyscrapers peer in through the window.

Viesendorp with her immense ability to distort reality transports us to a totally different dimension; a dreamy one where beds become cities, buildings transform to people and objects.

The Flagrant Délit series experienced a widespread recognition when Rem Koolhaas used it as cover of the retroactive manifesto of Manhattan, “Delirious New York” in 1978.  Here the widely famous architect interprets and reinterprets the dynamic relationship between architecture and culture in a number of telling episodes of New York's history, and depicting the city through his buildings as a metaphor for the incredible variety of human behavior. Along this linw, Madelon’s work graphically shows the importance of an architectural diversion as well as the mingling of different types of buildings within the same city, true “terrain” for connection.

Sharp-edged, sexual, funny and illustrative: The architecture expressed through sexual positions to reveal the body language hidden in a life full of objects.