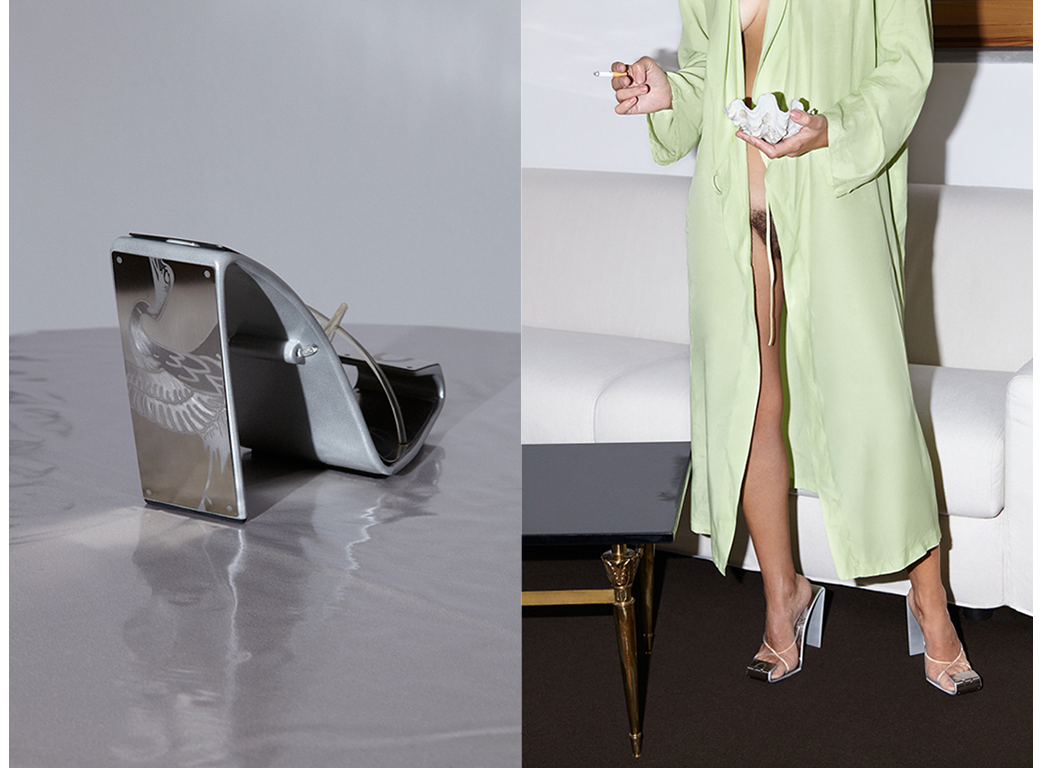 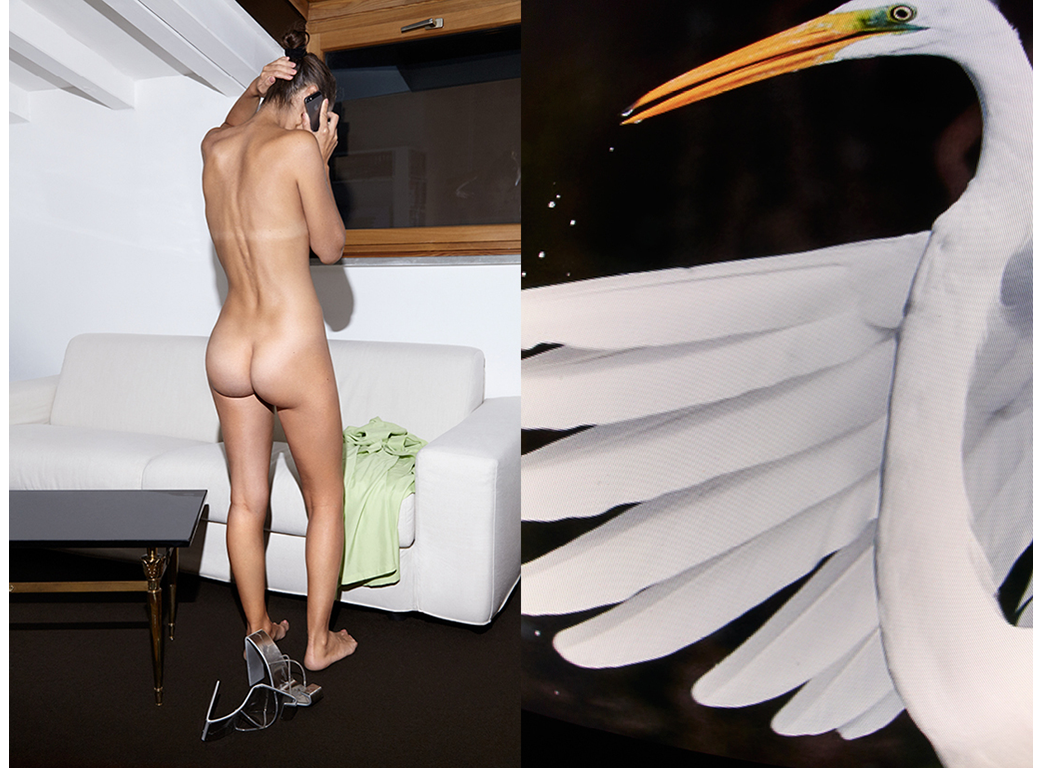 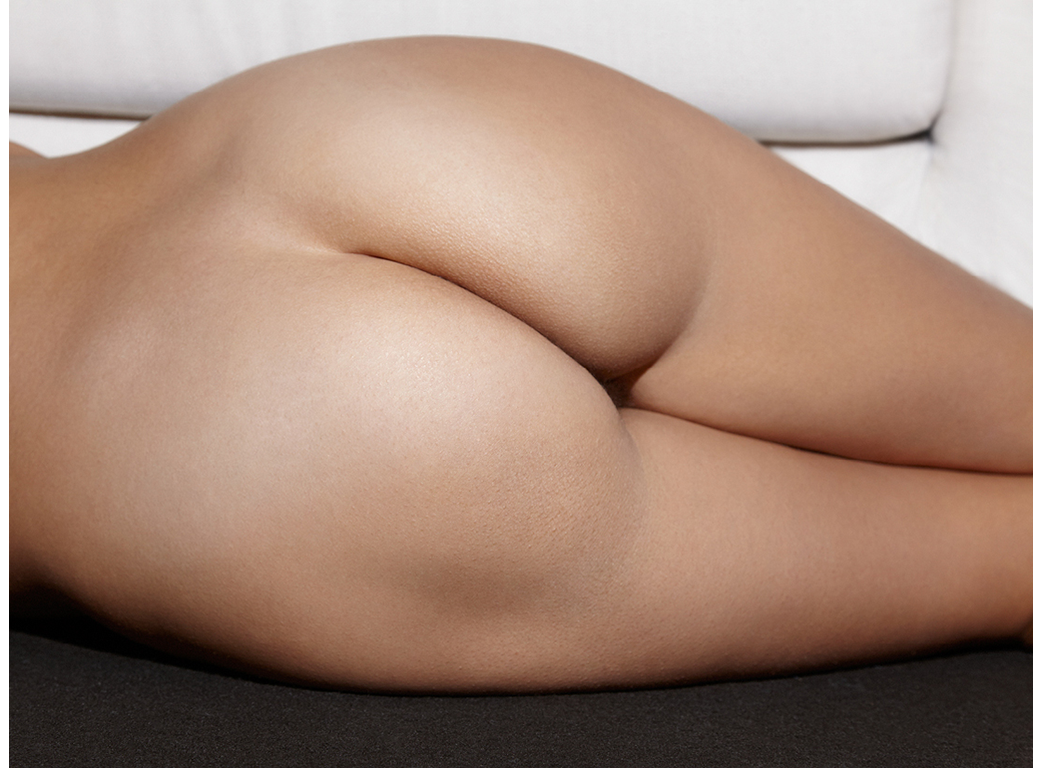 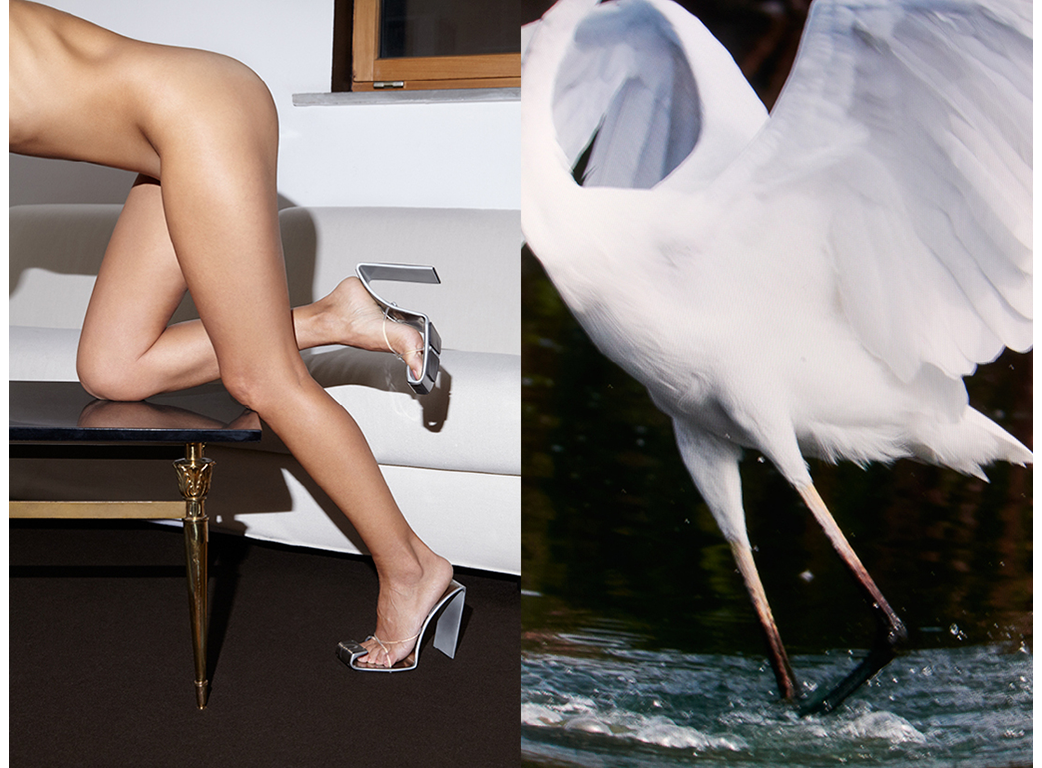 
Simona Citarella, founder and designer of the Simona Vanth brand, is a devotee of experimentation; she is one of those women for whom nonstop evolution is a must.

Since day one, season after season, the Simona Vanth brand has been exploring new shapes, materials and production techniques. The shoe thus represents a means of experimentation, as well as a source of beauty and research.

This project was born when one day Simona found herself lost in a Parisian market; the idea involved the design and production of a sandal with clean lines and unprecedented materials, using techniques and decorations taken from the world of engines; customized, very feminine, inspired by Anne Klein’s 90 year old forms.

The result is a unique fiberglass shoe sole, carried out by a specialist artisan in reproductions of vintage motorcycle parts, and decorated with the delicate technique of Pnp, a kind of stencil that uses an acid to fix the drawing. The final shoe was named Aphrodite, after the Greek goddess of love and passion.

Through a collaboration with the photographer Dario Salamone and graphic designer Daniel Sansavini, a photographic project and a book documenting the creative process of the designer was launched.

In the book, the designer’s work is represented through a contemporary Aphrodite symbolism. The protagonist of the shots is no other but the designer herself, who fearlessly, bares and becomes a goddess. The color of her warm skin comes in contrast with the cold shoes colors, and not only.

Since no thing not seen can be truly “tasted”, if you happen to be in Milan, don't miss the exhibition at the Gran Tour, in Via San Gottardo 11, open until late April.